The Teaching Lead® will also help you with many problem situations. Though we’ll go into each issue in greater detail later, let me whet your appetite:

The leash follows the same logic as the crate; dogs don’t like to mess in a confined area. By keeping your dog connected or stationed, you will be aware of his needs and know when he needs to go out. You’ll quickly learn his “I’ve gotta go bad!” signal.

Some people advise that you knee or step on your dog’s paws when he jumps on you. Aside from being potentially painful, those techniques are usually ineffective because both actions are interpreted as interactive. Again, the attention factor comes into play. Jumping is a big attention-getter—certainly worth repeating over and over if he gets a reaction. With the Teaching Lead®, you can handle your dog’s behavior without touching him. If he jumps up, grasp the leash and snap him down saying “Off!” in a very firm tone. Don’t look at him or touch him until he calms down. When he does, com­mand “Sit” and give him attention.

Does your dog go nuts when the doorbell rings? When com­pany arrives, station your dog where he can observe, but not influence, the situa­tion. When he settles down, connect him to you and encourage your guests to pet him only after he is calm. If he jumps, correct him as outlined above. When you sit down, sit on the leash and give him a chew bone. If your dog is secured around your waist (leading) when the company arrives, ask them to please ignore him until he settles down. Offer a toy and correct him by snappl.r4 him back behind your feet until he’s calm (it may take a while in the beginning.)

Any time your dog is mouthing you or anyone else, remove his head from your hand and say “No.” Do this by pulling his collar back sharply by spritzing his nose with Binaca Mouth Spray® (found at your local pharmacy).  You pull your hand away or push your dog, you could inadvertently encourage rougher play.

Find a bone or similar chew toy that your dog likes. Buy the same one for every station, plus a few extras to keep handy when you’re sitting c the leash. Too many different toys will confuse him. Each time you give your dog his bone, say “Where’s your bone?” Any time he shows interest in an inappropriate object pulls him back and says “Leave it.” Pick up the offending object and correct it very sternly: “Bad sock! Shame on the sock!” Look at the sock, not your dog. Yes, you’ll look silly, but this works wonders. If your dog already has something in his mouth, tell him to “Bring it.” Praise him when he does and ask “Where’s your bone?” It’s better to have a resident delivery service than a destruction crew.

Connect your dog to your side. Every time he gets distracted. Call out his name and scurry in the opposite direction. Praise him immediately, whether he turned with you or was tugged by the leash. Continue this until he is attentive to you when you call out his name.

All You Need to Know About the Teaching Lead: 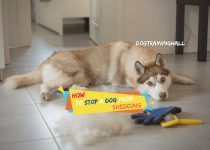 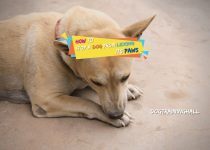 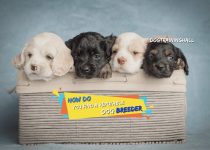